i really liked that plaid dress, but you know, i was eight...

when you are a child, you get new clothes as a matter of course, because you outgrow your other clothes. i mean, unless you are oliver twist or somesuch, just wearing your knickers and fingerless gloves until they crumble around you. but if you are an average kid, don't get too attached to anything because you'll outgrow it and have to get something else. no need to worry about keeping up with fashion because when you go to the store to get clothes that fit, you'll be choosing from whatever is available, which - unless you are oliver twist and purchasing second hand - will be an updated style.

but if you are a grown-up you are by definition grown, not growing, so you don't have this built-in new-clothes motivator. if you take care of your clothes, you could just keep whatever fits when you quit growing. like, say you're 23 years old and basically done growing and you get an outfit you adore, and you take care of it, you could wear it when you're 33, 43, 53... i think you get my drift. of course, you have to actually not grow anymore. you can't gain a bunch of weight or somehow else change shape. so you take care of yourself and take care of your clothes, and you can be inappropriately and unfashionably attired well into middle age - and beyond!
Posted by ace at 22:34 No comments:

currently listening to harry potter and the deathly hallows audiobook and i'll just go ahead and say that it is not my favourite. why?

10. harry's visit with dumbledore in limbo is firstly too convenient and secondly not helpful at all.

9. the harry--petunia relationship is given short shrift. total missed opportunity.

8. after reading the book multiple times, i am still not clear why there was a horcrux/hallows choice. why not both?

7. seems like ignotus peverell was harry's great-grandfather. i'd have like to have seen him thrown this one familial bone.

6. is it really necessary for tonks and lupin to die? and fred? and lavender? and colin creevey?? and dobby???

5. to much blind fumbling. dumbledore could have written harry a little "horcrux tips & tricks" when he realized he was dying of the ring-curse.

4. all the drama of ron and hermione in lurve. ick.

3. no one seems to believe or trust harry, even after all these years.

when does a new leaf become just a leaf? is there a limit to turning the same damn leaf over again and again? how many times can i be disappointed in myself before i change? how many times??

i can't run right now because my foot hurts because i tried running every day without stretching. i mean, i would sort of do some stretchish things, but mostly i would be like DONE! and get in the car. when i am hurt, i vow - as god is my witness, i'll never skip stretching again. if only i could remember what it felt like being hurt, when i am not hurt... but when i get better and the stretchnesia sets in.

how long has it been since i wrote something here? i didn't even look... did you? it's been a while, that i know. the time just sort of compounds. i do get disappointed in myself for not writing, but with every passing day, it's just easier to skip it. inertia is the devil. my disappointment is multiplied because, despite posting publicly, i post for myself. i mean, don't get me wrong, i love that the three or four of you drift by and give me some attention. but really, i am writing because it's good for my brain, for my ability to self-express, for my dusty creativity... pluswise, the discipline of daily writing requires the discipline of daily discovery of something the hell to write about. when i allow myself to fall out of the habit of writing, i by definition allow myself to fall out of the habits of observation and curiosity. bottom line - by skipping it, alls i am doing is letting myself down.

i don't actually eat too much. that's just there for dramatic effect, and i definitely don't get enough sleep but probably kidding myself if i pretend i am going to do anything about that. 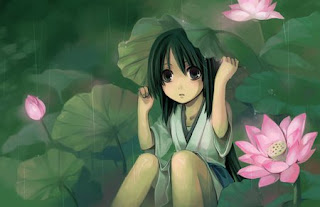 once a week or so, we have breakfast for supper. scrambled eggs, bacon, home fries, toast, coffee. well, half of us has breakfast. the other half has tuna salad. but the point is, breakfast night is the night i wipe down the kitchen. just hot water and a tea towel, just a wipe down. no chemicals, not even soap. just a wipe down. takes maybe five mins, maybe ten if i do the cabinets. it's quick. it's just a wipe down.

if i ever skipped it, the whole thing would probably collapse. if i let myself slide once, i'd probably never do it again. that, and the fact that it takes like, five mins - that's what's holding the whole thing together.

it's a sobering thought: a quick, easy habit is all that's standing between me and cobwebby corners.

i am not a fan of housecleaning, but when we remodeled a few years ago, i decided to try harder. all this nice new stuff... i'd try harder to keep it clean. fast forward to now and you'll find the breakfast-for-supper-wipe-down is pretty much the last vestige of a stalwart plan. it's also the only cleaning action tied to another action that's both recurring and unrelated.

recurring and unrelated and enjoyable, desirable, sought-after, looked-forward-to, HA!! hell-oooooo psychology 101. tie the undesirable action that you want to have recur, to the already-recurring action that is desirable.


really cannot explain why that blazingly obvious relationship took me so long to figure out, except that the kitchen wipe-down occurred like magic and i didn't want to mess with that magic? i guess? looking behind the curtain might make it stop? and i don't want it to stop? maybe? i guess?

can't believe it's been nearly a month since i've posted. so much for posting every day, am i right??

my brain is suffused with excuses for not being here and devoid of interesting things to say.

i have some thoughts about the basis for and origins of truth, but frankly i am a bit worn out on that whole discussion. i was going to share some pictures of stuff i saw today, but frankly i forgot to go back and take the pictures, so that's out. i could tell you about the audiobook i am currently listening to, but frankly i haven't really figured it out myself... it could be a brilliant mystery or it could be merely poorly written.

funny how they look the same when you're in the middle of them, stupidity and brilliance. alls you know is, you don't get it. could be you don't get it because it's an ungettable hot mess. or, could be because it's purposefully ungettable - it's hiding from you. the former ends in disappointment and the latter in fulfillment. not only is the latter immensely entertaining, but it redeems the time spent. to spend time with something, sustaining all the while a hope it will come to fruition, only to have it not pan out... well, what a waste of time and hope! the plot that bobs & feints, peeks & evades, and at the end comes to a thrilling conclusion... ah! that's a catharsis and a vindication, a true fulfillment.

this audiobook has a solid mystery as the basis, but it seems more clumsy than deft in the unfolding. like i said, could be that it's so good at piecemeal unfolding that it seems clumsy, but all signs are pointing to "just a hot mess".

on the whole it's fascinating -- an intriguing melange of kidnapping and religious fanaticism with a light dusting of familial dysfunction.

despite the fascination, there are these solid periods of sheer confusion and others of molassesesque action.

light is shone on the trail of clues in an uneven, unmethodical fashion, so there's no way to come up with your own hypothesis, and half the fun of mystery books is trying to figure it out and then seeing if you're right at the end. a good writer can pull you along the entire time then throw in a twist or a final clue so skillfully that you don't feel bad at all for having been on the wrong track.

worst of all, though - today i heard a convenient placement of a teddy bear wearing a bell where there had been no mention of a teddy bear before. just-in-time props, characters, plot twists, settings are a pet peeve of mine, and not like a wee goldfish pet peeve. more like a feral cat pet peeve.

admittedly, the dual narrators of frantic mother and precocious-but-still-merely-8 kidnapped daughter aren't reliable. on the one hand, that could lead to just-in-time mentioning something, but on the other... well, it's simply poor writing. that or poor editing. i mean, if a writer is throwing that shit, well then the editor should catch that shit and put it in a bag.

it's definitely NOT so bad that i can't listen to it. i definitely want to finish it. it's just not as good as i had hoped.