live blogging from the bux

i had occasion to come to my neighborhood starbucks today, and here are my thoughts and observations.

1. for context: this is a relatively heavily-traveled suburban shop. it's not a fast paced city shop but generally has a line of one or two patrons with a line building to six or eight in a rush.

2. my preferred seats are the two-tops near the wall, followed by corner chairs, followed by the large table across the back windows. according to this study of coffee shop culture, my seating prefs are exceedingly typical. most patrons in most coffee shops prefer "sheltered" seats - near walls, windows, in corners, or near virtual walls (edge of balcony).

3. this store plays its music too loud. by "too loud" i mean that the music volume causes patrons to increase their talk volume and pretty soon the whole place is just a raucous cacophony. as evidence of my not being alone in this, i offer: this random blog -- i recommend the comments as well. as for loud as fuck music, other starbucks don't do this, so i know it's not company policy. i don't know for sure who decides how loud music should be in a starbucks, but i am fairly certain it's the baristas, and...

4. the baristas here are literally the least friendly of anywhere on earth. it's not like it's the same set of unfriendly baristas, either. it's like this bux is designated people-hating-barista zone where all the PHBs come to band together and play music at a volume that's specifically calibrated to drive patrons out of the store. not that i can't get on board with the people-hating. i am a sophisticated and prideful hater. however. i am not trying to earn a customer-facing living.

5. there is a way to wear athletic tights and with dressy sweater + boots is NOT IT. this town is athletic crazy and, as a result, athletic wear crazy. i've been to other towns, so i know people don't dress this way everywhere, but around here, it's like high fashion to look like you just stepped out of a gym. this is convenient for me because i have a lot of gym clothes, but painful for me because there's a prevalence of mixed use -- athletic tights with dress boots, etc. i get trying to multi-task your clothing - having a lot of clothing is a struggle - and there are some legit gym tights that can legit be sweater-n-boots tights as well. but, ladies. c'mon. the tights with mesh venting and reflective piping are classified fitness only. let's try to stop mucking this up.

6. one of the baristas just announced an unclaimed chocolate chip cookie was up for grabs, first come and whatnot, and the guy who grabbed it is wearing a jacket emblazoned with the logo of a local physical therapy outfit. i think this is somehow ironic but i can't really place how/why.

7. i hate slashes. just say how or why. are you too lazy to type the conjunction? there's this guy at my work who is excessively slash-happy. he even speaks slashily. like, "i can't really... actually... place how... why... how that's ironic." you know what i mean? always pausing to shuffle through some synonyms. it's like he's got to cover all the verbal bases, all the time. reading through a bunch of slashed up paragraphs is like having brain hiccups -- no flow.

8. the kid next to me is playing videos on his phone, and since the music in here is so freaking loud, his videos have to be more freakingly louder. sheeze.

9. netbooks were a grand invention. i know tablets are all the rage, but this little machine with its generously-sized keyboard is totes the bomb. the rigidity of the connection between the screen and the keyboard means the device is self-supporting at any angle and on any surface. as previously stated somewhere buried in this bloggish morass of words, i abandoned windows(TM) and installed a slim linux OS on the underpowered system, and it works spectacularly. the OS is called peppermint and it's just as "lightweight, stable, and super fast" as it's billed to be.

10. the word "morass" always makes me think of molasses and mules.

you can tell everybody that this is your song

it was thirty years ago today -
a little late because you chose your way.
always doing things in your own style -
always guaranteed to raise a smile.
you introduced the whole world to you -
there's no doubt that you would always be -
pookie tater's lovely hearts club band!

we don't ever want to stop the show
but we thought that you might like to know
that our hearts are going to sing a song
because you make us sing along
since we were introduced to you
the one and only D - M - B --
and pookie tater's lovely hearts club band! 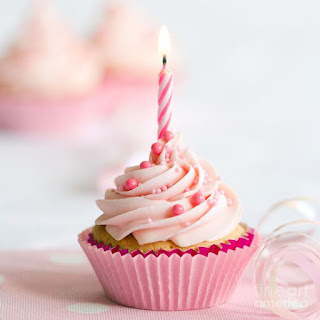 the last audiobook i listened to was about this amish girl and her rumspringa. it was pretty good and whatnot but the point is, what about reverse rumspringa? what about non-amish, or fancy, or english, or one of all those things the amish call us, what about our girls going to be one of them for a year? they do that with us, why can't we do that with them?

you can find "amish vacations" or rustic getaways, but those aren't real rumspringas. what i mean is, move in and be part of the family. not like special occasion or visit, and not like any age. amish kids do rumspringa when they are mid-teens, so why can't our kids do reverse rumspringa then?

so you can't have parents just dumping their juvenile delinquent kids on the amish like it's a reform school or something. it would have to be kids that are seriously considering being amish, who need to try it out and find out what it's really like so that they can make an informed decision about how to live their lives. you know, basically, the same reason the amish kids do it.

maybe this is a thing. is this a thing?

an open letter to millennials

so, you're not unique. what you are is rude.

i'm not saying your wanting to be treated differently is rude. the young folk always want special treatment. and, not only is there nothing wrong with that -- there's a lot that GOOD with that. it's how customs change, how society moves forward. it's good that you're pushing the envelope or we'd all turn back into monkeys.

thing is, though, you practice a complete and utter disregard for how others want to be treated. expecting special treatment and extending disdain in return -- that's just rude.

i have faith in your capacity to do better. here are some places to start:

-- use your lingo. fine. but limit the use to when you're chatting amongst yourselves. when you're in the workplace - especially customer-facing jobs - use real words. i.e., "minute" means 60 seconds, not an indeterminate length of time.

-- stop expecting the workplace to cater to you. that's not how work works. work is called work because YOU cater to IT. if you want the workplace to treat you differently, create your own workplace. otherwise, buckle down.

-- beanies in july are ridiculous. beanies at work in july are, just, "no".

-- last but not least - walk a mile in a gen-x'ers shoes. you think YOU'RE misunderstood?? ppfth!

now get back out there and try again... try a little harder this time, and you'll be fine.

let's question the newsworthiness of this

the other night on the local news, they showed a grainy picture of a girl in a fancy dress, on the arm of a boy in a football uniform, standing on a football field, and they captioned the picture with the dual fact that this girl had been elected to homecoming court and she has down syndrome.

one concludes the news folk deemed it newsworthy because the young lady has down syndrome.

which begs the questions... why was this news?

is it news that a child with down syndrome is attending public high school? that such a child has friends who like her well enough to elect her to a homecoming court?

the blurb was something along the lines of how sweet it was for these high schoolers to have elected this particular young lady to the court.

again, why? one concludes from the available evidence that the high schoolers' actions were deemed both sweet and newsworthy precisely because the young lady has down syndrome.

c'mon. we all see the obvious assumption: she was elected solely because she has down syndrome. and, hey, THAT'S FINE. it's really okay to give a child who's not typical an opportunity to do something that is typical.

what NOT FINE is calling this particular election out on the local news, which in essence reverses this young lady from a child with down syndrome to a down syndrome child.

and in the end, i think we can all agree: the truly newsworthy story here is that homecoming courts aren't really typical at all; they're dens of misogyny and as such should be eradicated.