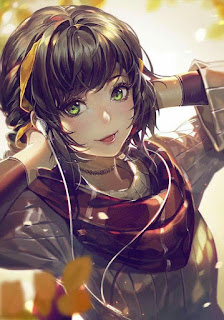 paper books
a breath of snow and ashes - diana gabaldon 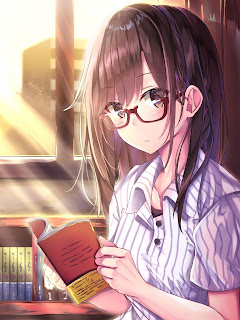 i want to fly on an airplane and ride a subway and sleep in a hotel. i want to find a grocery and get sardines and breton crackers and candy orange slices and a yogurt i'll put in the ice bucket for breakfast with the in-room coffee and left over bretons. i want to shower in rainfall luxury or a wonky rusty boutique shower where there's a window in the shower stall. i want towels that smell of chlorine and over-drying. i want to take the stairs. i want to walk the streets. i want to travel. i want New York.
Posted by ace at 22:40 No comments:

paper books
a breath of snow and ashes - diana gabaldon

welp, it's march.
really, though, what could we expect? i mean, february gave its all this year, really left it all on the field. but all good things must come to an end, i suppose, and here we are, gettin' our march on.
so far this year i have gone to work and gone home -- and all that that entails... food prep, laundry, pumping gas, whatnot. i have tried to get in shape and tripped and cut my knee up, 18 stitches worth. i have listened to more audiobooks than i got around to listing here. i have tried a new restaurant and visited several more, not so new. i have been to NYC and returned home. i have started watching 911: lone star. i have paid my bills and taken my meds and generally been a good girl.
and here we are in march.
yep.
here we are.
Posted by ace at 19:26 No comments:

pillars of the what now?

pillars of the earth by ken follett has been my favorite book since its publication in 1989. i have read it three or four times and loved it every time. the engineering, the architecture, the innovations in selling wool futures and automated fulling, the love between jack & aliena, not to mention knights and castles and cathedrals and monks, history and intrigue and gold stored in trunks. IT HAS EVERYTHING.
so when i was looking for my next audiobook, it was a natural choice. i was so excited to listen to someone telling me my favourite story. yay!
and so it began, and as is so often the case with a story you haven't read in a while, there was a lot of stuff at the beginning that i had forgotten. oh, goody goody goody!! we were off to a great start.
the story takes place during "the anarchy" which is the period of norman-english history immediately following the sinking of the white ship in november of 1120. the white ship sank in the english channel just off barfleur, normandy. upwards of 250 people drowned - lords & ladies, knights & squires, retinue & posse & so on. among the victims was king henry the first's sole legitimate heir, william. by all accounts, young william - who was about 17 - supplied wine in abundance to passengers and crew alike. when it came time to sail, the revellers were in high spirits and ordered the captain (whose father had captained the ship which brought william the conqueror on his english invasion in 1066) to race out and overtake the ship carrying the king. they quickly proceeded to hit a rock, and the ship went down. there was one survivor and it was not william the heir. this circumstance left henry without a legitimate heir. he named his daughter, maud, as his heir, but neglected to prepare her at all. nor did he adequately prepare his barons, because upon henry's death in 1135, most of them couldn't stomach a woman in power, and, betraying their oaths to henry, threw their support behind stephen of blois, henry's nephew. stephen's authority was legitimized when his treacherous brother the bishop of winchester crowned him at winchester in december of 1135. maud's brother robert rebelled against stephen in 1138, and he & maud invaded england in 1139. and then, stephen and maud led opposing factions in a violent and destructive war that raged across england for 20 years. in the end, stephen made peace with maud's son henry, and henry became the first angevin king.
so this story is the backdrop for pillars of the earth. it's a deep & dim backdrop, though, with the daily lives of the fictional characters taking the spotlight.
as the story unfolded, something weird happened. there is a violent rape scene early on, which i remembered... but i did not remember the characters being quite so... stereotypical, i guess is the best word. flat. unimaginatively drawn. plus the whole scene was overly graphic and had a sort of rah-rah misogynism that made me question mr follett's sensibilities.
huh.
and then, it happened again. and again. and throughout the story, there were graphic scenes of gore and sex. what was happening? where was my lovely story??
i blame audio. when you're reading, your brain does the imaginotransference (per jasper fforde). when you're listening, the narration contributes mightily to the experience. i mean, more than just the difference between seeing and hearing. i know for a fact that when i am reading, my mind slips over some passages and locks in on others. when a narrator is expressively moving through the text, they can hold my attention on it in a completely different way.
in conclusion, i am a bit sad about pillars. all of the things i have loved about it have been tarnished. it is like catching a dear friend abusing kittens. what is happening? i have loved you.
*sigh*
i am now listening to sharon k penman's when christ and his saints slept. i have read this one as well -- many years ago -- and enjoyed it. it's also set during the anarchy, with the royals and their respective entourages being the focus. i am about halfway through and it is solid.
but i don't see it replacing pillars. pillars has all those other things, those things i have loved. you can't just unlove things you have loved, even if they are all caught up in tawdryness, or they spend time with gruesome neighbors.
in the end, the heart wants what the heart wants.
Posted by ace at 22:14 No comments:

six or so months ago, we moved an elderly relative into our home because it was no longer safe for her to live alone. one of the side effects of this happenstance is that there are a LOT, a very very LOT, of additional people constantly in and out and all throughout our home. family, mostly, and some paid caregivers. i could bore you for pages about how this drives me in. sane. but i will leave that for another day. today, we will examine Loading the Dishwasher.
Loading the Dishwasher is not difficult. you simply place dishes into the racks in such a way that they will have a relatively good chance of getting clean. you can do this in a vast variety of ways. there is no "right" way.
there are, however, some ways that are dead fucking wrong.
for example, if there are a half dozen plates aligned in a rack facing east, placing a plate north by northwest across that rack and the adjacent rack is dead fucking wrong. if there are numerous pieces of flatware in the individual holes of the flatware basket, each facing heads up and handles down, putting a handful of mixed pieces heads down into the one open basket on the end (which is for large or odd sized pieces) is dead fucking wrong.
i mean, these are not great practices in isolation, but taking into consideration the fact that there are exemplars right there, well. you know. that's just dead fucking wrong.
so. who would do things that way? i will tell you. it's... this one caregiver. no, i am not going to name her name. but i will tell you that she loads the dishwasher incorrectly. no two ways about it - it's wrong.
now, i have heard justifications for this. maybe she doesn't have a dishwasher, maybe she's never loaded a dishwasher, maybe she lived in russia until she was 8. okay, that last one is definitely true and the others could very well be true, but i contend that they are all red herrings, bunny trails, goose chases. they are distractions. they are irrelevant.
because it's not about knowing how to do the thing. it's about a bit of observation, a bit of attention, and a whole lot of pattern matching. i mean, it's not an advanced skillset requiring years of technical training. a monkey could do it. literally.
so, why can't this young lady do it? at this point, i am past the rage and moving on to curiosity about what exactly is hindering her success. can she not detect the pattern? is she in such a goldarned hurry that she can't look at what she is doing? does she not care? is she doing it on purpose?
i can tell you that it is not characteristic of her other actions and behaviors, and i can tell you i haven't gotten to the bottom of it yet, and i will not promise to follow up with you or even ever mention this again.
Posted by ace at 20:27 No comments:

jogging past the walgreens today, i hear "'scuse me! 'scuse me!" from a small white SUV in the parking lot. i figure she needs directions and that she can find someone better than me to get them from -- plus, i've just received the go-ahead from a man exiting the walgreens parking lot and need to keep moving in order to stay warm.

i work my way around starbucks and over behind publix, and again I hear "'scuse me! 'scuse me!". lo & behold, stopped right there in the middle of the dead end street is the white SUV from the walgreens parking lot. so i pause my jog and give her a May I Help You look and she leans across to holler out the passenger's side window: "I just want to know if you know Jesus as your personal Lord and Savior!"

(i thought this showed quite a commitment to evangelism, to chase me down like that.)

for myself, having a bit of southern baptist in me and having once been baptized in a crick, i feel justified in telling her "yes!" with a smile and a wave, but it looks like she might get out of the vehicle, so i go ahead and throw in an overhead-double-jazz-hands "hallelujah!" which seems to satisfy her, as she waves and rolls up the window.

what i conclude is that her 2019 new year's resolution was "save me 50 souls for jesus" and she left the completion of said resolution a little late in the game, boxing herself into the "chase down strangers" corner. like my mama said, different people do different things.