i wrote this poem inspired by the celtic celebration of the autumnal equinox in sept 2011 and posted it on a blog which is now deprecated yet still accessible through my profile page.

exposure:veil::awareness:oblivion
you cannot know what you do not see.

revelation:secret::awareness:oblivion
you cannot know what you do not know.

nourishment:drought::awareness:oblivion
you cannot know what you do not cultivate.

wax:wane::awareness:oblivion
you cannot know what you do not experience.

topic of the day: when prince charming kissed snow white, he did so without her consent. is this offensive?

on the one hand, making out with unconscious people is offensive. it offends their right to consent - to say, yes, let's make out or no, i'd rather not. we all have the implicit right to say what happens with our own body and therefore, the right to accept or deny being touched, kissed, having our hair cut, and so on.

on the other hand, performing resuscitative efforts on unconscious people is heroic. it is the job of everyone in the medical supply chain - from someone trained in first aid to EMTs to the top doctor - to "apply, for the benefit of the sick, all measures which are required, avoiding those twin traps of overtreatment and therapeutic nihilism." (from the modern version of the hippocratic oath). resuscitating an unconscious person would fit this bill.

take the kiss out of the picture. what if prince charming had spoken a magic word or given snow white a pat on the arm? what if he had called a doctor and the doctor performed surgery - with snow unconscious all the while?

what if prince charming had administered a potion that woke snow up? that doesn't sound like assault and doesn't sound like something he'd need her consent for. what if he didn't have a syringe so he administered the potion by pouring it in her mouth? sounds okay, depending on snow's swallow reflex... to avoid choking her, maybe he gets a potion that can be absorbed through the skin. that actually seems like a good idea. but what if the potion needs to be body temperature when delivered and all it does is wake someone up, causing no harm to persons who are already awake and it can only be absorbed by the skin of the mouth and it only takes a tiny amount to work?

so here we have unconscious snow white and (1) prince charming standing there with a potion that will wake her up and (2) needs to be administered (3) in a tiny portion (4) at body temperature (5) to the skin of the mouth (6) and it won't hurt him, (7) only help her. in order to get it to body temp, he can't just stick his finger in it and then daub it on her mouth. to really warm it up, and to get it to the correct temp without measurement equipment, his best bet is to put it in his mouth. it's not going to hurt him, after all.

so he puts the potion in his mouth and holds it there until it is the same temp as his mouth. then he lets it out of his mouth in a way that coats his lips and immediately touches his lips to hers to administer the tiny dose. that seems okay, right? that's not assault... that's heroic.

now, take away the potion. 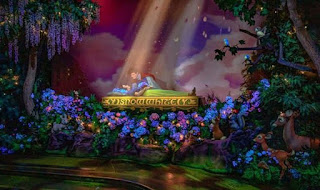 let it go and do better next time

there comes a time you* just have to throw it* out.
*i
*3yo frozen meat
i am sorry. sorry. sorry. i bought too much ground turkey 3 years ago. mea culpa.
but y'all - i am clearly not going to use this - ever. i mean, have you seen the steady stream of fresh meat parading through here? obvs not reaching into the ol' frigidaire to partake of the existing inventory. AND, starving children around the world do NOT need to be subjected to the presence of this frosty hardened lump of something only formerly known as food.
it's time to free myself of this culinary anchor. let it go and do better next time.
Posted by ace at 16:29 No comments:

according to googleapedia, the average american moves 11 times in their lifetime. here's how i measure up...

do you count each dorm? and, what about summercamp - where i literally moved to for 1/6th of the year from age 8 to 19? those are all a form of moving, ain't they?

grandmother's house makes a re-recurring appearance on that list, and you're probably wondering why. or maybe you're not. doesn't really matter bc i can't tell you anyway bc i don't really know. alls i can come up with is - it was a perfect storm... that struck three times. the first and third were a convenient location for a young family on a tight budget with a parent in the nearby college. i don't think we were there more than about a year either time.

the middle time was both the longest and least sensible. the location was wildly inconvenient for everyone but me, and i was in jr high - not something to build your location around. everyone else drove literally dozens of miles per day south or east.

the thing that really made it a bad idea, though, was we were not a small young family. we were 4 kids and 2 adults plus the actual resident (grandmother), making 7 people in a three bedroom house. the solution was to make the boys live in the attic. it was a semi-finished attic with a powder room -- seems reasonable enough to ask three brothers to live up there. right? yes, you'd reasonably think that, but it fact it was not a stellar choice. not because of any characteristic of the house itself, but more because, of the three available adults, not a one could actually be bothered to pay significant attention to us kids.

anyhoo - if you count the three dorms, that makes 13. if you count summercamp, which was arguably more of a home than some of the others, that's another dozen.

how many times have you moved?